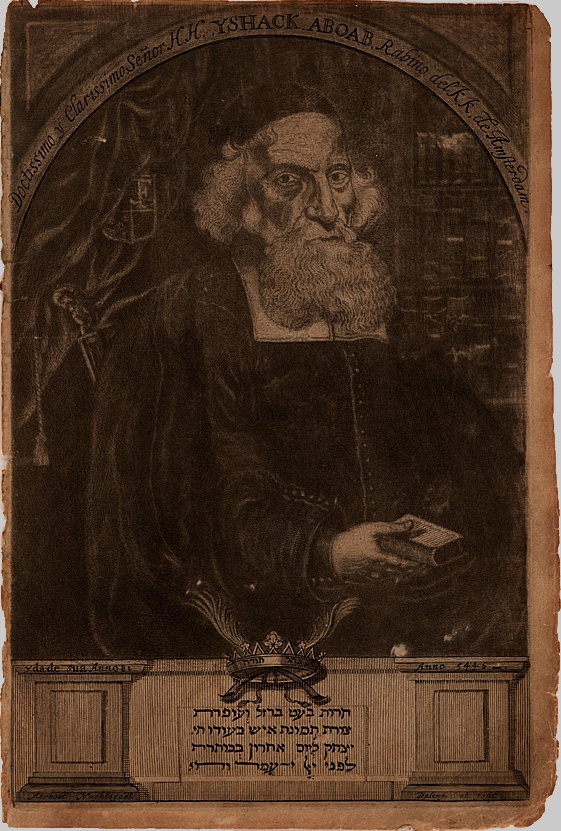 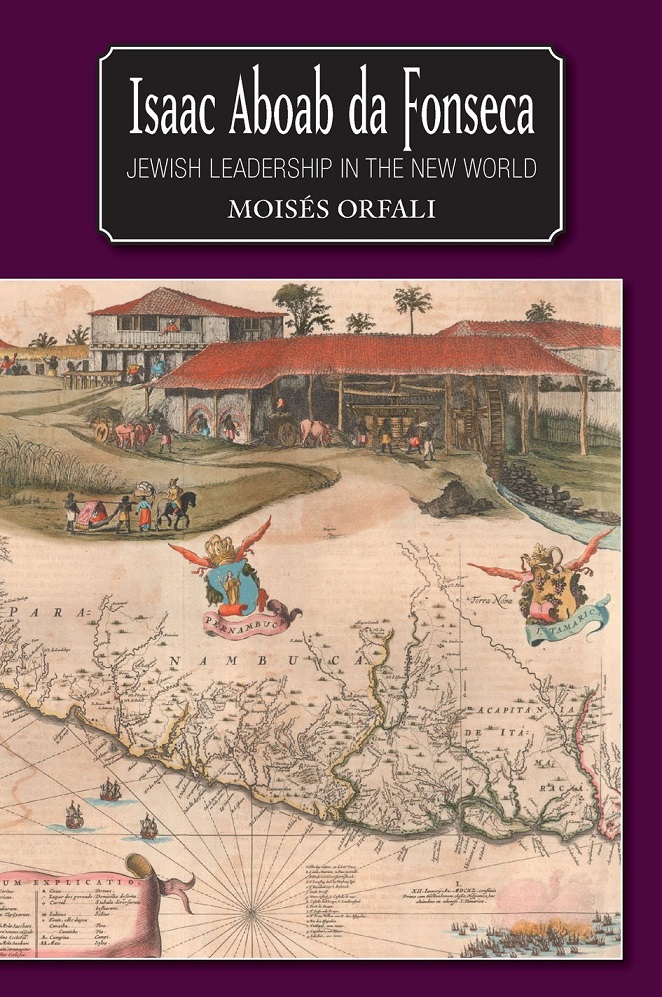 “From 1642 to 1654 Isaac Aboab da Fonseca was the hakham (Torah scholar) and spiritual leader of the oldest Jewish community in the New World. As a Hebrew grammarian, a poet, and a mystic, as well as an excellent and very popular preacher, Aboab da Fonseca (born 1605) was not only one of the most interesting Jewish personalities of the seventeenth century, but his writings are an invaluable historical resource with regard to many aspects of Jewish life in Dutch Colonial Brazil, the local attitudes towards Jews, and corroboration of events outlined in contemporary literary sources. His forebears were so-called New Christians, having undergone compulsory conversion to Catholicism in Portugal. In order to be able to live freely as professing Jews, the family moved in about 1612 to Amsterdam. There, Hakham Isaac Uziel of Fez became his Talmud teacher; among his colleagues was Menasseh Ben Israel. In 1638 he was confirmed as one of the four hakhamim of the new congregation Talmud Torah of Amsterdam. In 1641/42 he accepted the nomination for hakham of the growing Jewish community in Recife, Brazil, where he was in charge of all rabbinical functions and gave lectures in Talmud. Aboab da Fonseca enjoyed a few prosperous years, but the Portuguese rebellion caused the economic ruin of the Jews of Dutch Brazil. His salary much reduced, he nevertheless remained to lead and help his people until the occupation of Recife by Brazilian-Portuguese troops on January 26, 1654. Upon returning to Amsterdam, his inclination toward mysticism made him one of the leading believers in the false messiah Shabbetai Zvi. But his writing and scholarship remained undiminished: In 1646 he wrote Zekher asiti leniflaot El, in which he described events in Dutch Brazil after the outbreak of the war; by 1647 he had written the still unpublished Hebrew grammar book Melekhet ha-Dikduk; he also published a Hebrew translation of the Spanish cabbalistic works of Abraham Cohen Herrera, Casa de Dios y Puerta del Cielo, under the title Shaar ha-Shamayim (The Gate of Heaven). This first scholarly monograph on Isaac Aboab da Fonseca and his intellectual and spiritual contributions, includes discussion of his commentary on the Pentateuch entitled Parafrasis Comentada sobre el Pentateuco, as well as a consideration of Aboabs involvement in the ban of Spinoza." 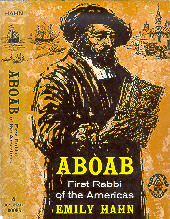 Emily Hahn, Aboab: First Rabbi of the Americas. Covenant Books, 1959
This book depicts the true story of Rabbi Isaac Aboab da Fonseca, a Rabbi from Amsterdam who traveled to Recife, Brazil to lead the first Jewish congregation in the Americas.

The congregation thrived under his leadership for 14 years, before being abandoned due to the Portuguese re-conquest of Recife in 1654.  [Hier]