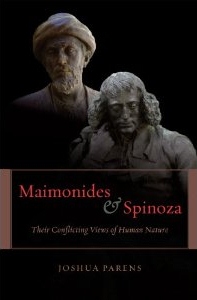 Richard Kennington's interpretation has the virtue of focusing on Spinoza's method in an unprecedented way, which verifies Lachterman's stress on his physics, as well as his interpretation of the continuity between Spinoza and his predecessors Descartes and Hobbes. Kennington's most basic insight is the missing piece in the puzzle we have seen so far. That puzzle is the odd relation between Spinoza's deductive method and his focus on laws of nature. Deduction appears ill equipped for the discovery of such laws. Kennington shows that the Physical Treatise (2pp 13ft) is not deductive or synthetic but analytic. Like Descartes, Spinoza holds that analysis is the method of discovery; synthesis is the method of compulsion suitable for the stubborn. Spinoza signals his agreement with Descartes's assessment of these two methods in the Reply to the Second Objections to the Meditations on First Philosophy, by allowing Lodewijk Meyer to echo that very assessment in the preface to Spinoza's Descartes's “Principles of Philosophy." As Kennington notes, Spinoza approved Meyer's preface. In this sense, Spinoza echoes Descartes in speech, even if through another. More importantly, Spinoza illustrates in deed his agreement with Descartes's view of the relation between analysis and synthesis by using the synthetic method in Descartes's "Principles of Philosophy” to prove Cartesian claims with which he disagrees—as once again noted by Meyer. In other words, synthesis does not lend itself to revealing the falsity either of its initial premises or of its logical entailments. Pace Bennett, Spinoza repudiates in deed the possibility that the synthetic structure of the Ethics lends itself to correction by its logical entailments, or even by data.

Kennington shows the analytic character of the Physical Treatise, above all, by showing that none of its elements are deduced. Rather than defining terms and using them to infer various propositions, the Physical Treatise employs key terms such as "body" without defining them. Such terms are then used to describe one another but in a circular rather than deductive pattern. Lying behind this circularity is unacknowledged reliance upon experience — experience employed in a manner well suited to the discovery of physical laws, but of little or no use in deducing propositions from defini-tions, axioms, and so on.

Although Kennington's focus is on Spinoza's method, he offers a convincing interpretation of the relation between part 1 and the Physical Treatise, which he obviously views as more fundamental than part 1. The whole in nature implied by part I is contradicted by the whole implied in part 2. The former is a whole that possesses attributes that are not the sum of their modes; the latter is nothing more and nothing less than a totality of parts. Although Kennington is rather cryptic about which view he considers to be Spinoza's true view, I believe that it is obvious that he means to imply the latter view is the correct one. If so, the Physical Treatise is far more central than part 1.

Following Lachterman, Kennington also argues that Spinoza seeks a method diametrically opposed to Aristotle's "ineliminable multiplicity.” To some extent, Spinoza's pursuit of a single method is obvious—why else would he write a work titled Ethics that includes metaphysical and physical parts, unless he held that one method is possible for all of science? Based on the surface of the Ethics, however, that method would appear to be geometric deduction. Consequently, the real significance of his pursuit of a single method can easily be overlooked or misconstrued. If Kennington is correct about the centrality of analysis in the Ethics, then analysis is likely to permeate the Ethics more than appears at first to be the case and to be the unifying method of the sciences. Among the most obvious results of the unification of the sciences is the extension of determinism beyond physical science to the science of human affairs or ethics. Of course, Spinoza's determinism in human affairs will come as a shock to no one. Yet that determinism is at least compatible with Kennington's argument that Spinoza's unified method is analytic—though it would also be compatible with an interpretation that took the synthetic method more at its face value.

We need not rely solely on Kennington's interpretation of Spinoza's method and on Lachterman to verify the shocking implications of Spinoza's unification of method—a unification that runs counter to the premodern stress on the ineliminable multiplicity of being underwritten by forms. Let us turn more directly to the Ethics itself. Part 2, proposition 10 of Spinoza's Ethics is often recognized as the first direct treatment of the central subject of the Ethics, namely, man or human being. Of course, anyone who has read part 1 knows that God alone is substance. At first glance, 2p10 appears to announce little more than what we could already have inferred from part 1, namely, man or human beings (like all other finite things or modes) are merely modes of the divine substance. Strange though Spinoza's claim about human beings might seem from outside his system, it is old hat, so to speak, by the time we reach 2p10. Far more surprising is Spinoza's determination to make one of his most programmatic statements about his method of inquiry on this apparently less than momentous occasion. He claims that heretofore no one has followed the "proper order of philosophic inquiry." I quote at length from Samuel Shirley's translation to highlight the peculiarity of Spinoza's new approach to the order of philosophic inquiry, that is, his complete overthrow of the distinction between the order of cognition and the order of nature.

For the divine nature, which they should have considered before all else - it being prior both in cognition and in Nature - they have taken to be last in the order of cognition, and the things that are called objects of sense they have taken as prior to everything. Hence it has come about that in considering natural phenomena, they have completely disregarded the divine nature. And when thereafter they turned to the contemplation of the divine nature, they could find no place in their thinking for those fictions on which they had built their natural science, since these fictions [the “forms” or “ideas”] were of no avail in attaining knowledge of the divine nature. So it is little wonder that they have contradicted themselves on all sides. [Emphasis added]