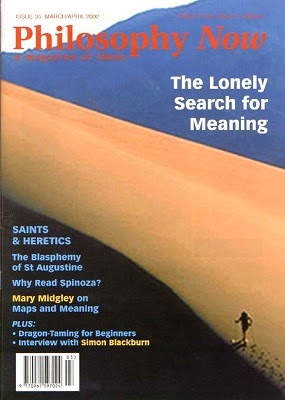 Richard Mason on a thinker who stood at the intersection of many histories and traditions.

Why read Spinoza? He is supposed to be one of the Great Philosophers, isn’t he? Certainly, he is part of the routine syllabus, but a part which many students find easy to skip. If you face an exam on the history of philosophy covering Descartes, Spinoza, Leibniz, Locke, Berkeley and Hume, then Spinoza may be the one to miss in reasonable safety. His connections to the rest were too controversial for tidy comparisons. He had no direct successors and no immediate influence outside a small private circle. Worse, he looks horribly difficult (and worse still, your examiner may not know much about him: risky). The seventeenth century admiration of mathematics as a model for rational thought came to a repellent climax in his principal work, the Ethics, which is composed in the geometrical style, with definitions, axioms, demonstrations and numerically ordered propositions. Both the beginning and the end of his book seem to stand at the opposite pole from modern taste. It starts with an arid manipulation of central terms – cause, nature, substance – and ends up with the eternity of part of the mind, beatitude and the intellectual love of God.

So why bother? One good reason is that Spinoza was so different, for anyone schooled in philosophy in the analytical style. This is not surprising. The bêtes noires of the early analytical movement, F.H. Bradley and John Ellis McTaggart, both regarded Spinoza – not Hegel – as their principal intellectual forefather. So it is no accident that many of the dearest beliefs of analytical philosophers find their inversions in Spinoza’s thought: beliefs, for example, that there should be a difference between philosophy and a Philosophy. The provision of a systematic, comprehensive, even consoling view of the world, and of our place in it, has come to seem either too ambitious or just impossible. The role of philosophers has come to be to solve, or to dissolve, philosophical problems caused either by the errors of past philosophers or by thinking in the wrong way about subjects – God, freedom, immortality – that concern everybody. The special qualification of philosophers has come to be to think straight with the aid of logic. A Philosophy, on the other hand, may have been an attempt to suggest how to live, with foundations in opinions about how things are. Since the suppression of the hellenistic schools of Stoicism, Epicureanism and Scepticism by the Christian emperor Justinian in 529, such pretensions have seemed vain or pointless.

Spinoza did offer a Philosophy: the seamless unity of “God, or nature”, the integration of mind and body and a progress towards beatitude though becoming part of an eternal whole. The general story is familiar from countless mystics. By an intuition of our part in nature we become a part of it, and experience eternity.

What makes this interesting is the fusion of a Philosophy with hard, detailed philosophical argument. Spinoza’s highest intellectual values were consistency and intelligibility, which hardly makes him sound like a mystic. “The more we understand particular things, the more we understand God” can be taken in various ways. One sense is that the path to understanding is not through muzzy contemplation of The Whole, but through scientific research. “Our approach to the understanding of things of every kind should… be one and the same; namely, through the universal laws and rules of nature”.

The wide picture is deceptively clear, but the details that make it up are surprising. Here are three examples: Spinoza’s apparent rationalism, his lack of anxiety about knowledge, and his determinism. In all three there is a taint of dogmatism. Didn’t he have an unreasoned confidence in the power of reason? Isn’t that why he fits into the rationalist team between Descartes and Leibniz in the syllabus? Didn’t he ignore the threat of doubt posed by Descartes, relegating knowledge to the second part of his Ethics, after dealing with “God, or nature”in the first? And didn’t he declare that “nothing in nature is contingent”?

No one thinks of David Hume as a rationalist. He wrote that “reason is, and ought only to be, the slave of the passions.”Spinoza’s view was “that man is necessarily always subject to passive emotions … he follows the common order of nature, and obeys it, and accommodates himself to it as far as the nature of things demands.”The Stoic project of the control of emotion by reason was not going to work, and could never work. Hume argued that reason cannot tell us what will happen next in the physical world. Spinoza, seventy years earlier, agreed: “We plainly have no knowledge as to the actual co-ordination and interconnection of things – that is, the way in which things are in actual fact ordered and connected.”So “for practical purposes it is better, indeed, it is essential, to consider things as contingent.”And so for prediction: we cannot deduce from the present existence of individual things “that they will or will not exist in the future or that they did or did not exist in the past.”

Second, it is true that Spinoza declined the challenge of doubt offered by René Descartes in the First Meditation. Descartes doubted everything, and then tried to base all knowledge on the one thing that still seemed certain, namely the existence of his own thoughts – “I think, therefore I am.”For Spinoza though, the self, and knowledge of the self, did not come first. There was no division between a sure knowledge of the mind and a lesser certainty of an ‘external world’. Spinoza’s detachment from the perspective of Descartes placed him outside the mainstream of western thinking until the time of Frege in the nineteenth century (or Heidegger in the twentieth, if you prefer). Yet this was not based on dogmatism or ignorance. For Spinoza, the isolated, doubting self was only a pretence. It could be imagined – stories can be told, after all – but not constructed as a serious possibility. The Cartesian trump question: how do I know that I understand nature? was trumped itself by the question: how is knowledge to be understood (“in nature”: but everything is in nature, so this adds nothing)? The human mind and its relation to the rest of reality can only be discussed after we have understood the rest of reality, not before.

Thirdly, Spinoza was a determinist. What did that mean? For him, to be necessary was not a matter of logic, applicable to truths. It was to have a cause or reason. To understand something was to know its cause or reason. Something uncaused could not be intelligible. All causal or explanatory networks had to be interconnected because disconnections would lead to unintelligibility. “Things which have nothing in common with each other cannot be understood through each other”. Islands or enclaves of unintelligibility were no more possible than islands of inconsistency. So his determinism amounted to a refusal to accept mystery.

Spinoza’s thinking about politics and religion was just as radical. He said that in politics he wanted neither to praise nor to condemn but to understand, in the same spirit as he might try to understand the phenomena of the weather. In religious matters he distinguished sharply between views about nature or humanity on the one hand, and about practice, behaviour or ritual on the other. In the former case you could believe what you liked as long as it was not inconsistent with what you held to be true already: a stealthy but devastating proviso which effectively consigned all such matters to the realm of science. But when it comes to matters of practice, behaviour or ritual, he said, we are in the field of historical or social endorsement, not truth.

Spinoza is often seen as one of the founders of liberal politics and as a forerunner of the Enlightenment. Indeed, according to Jonathan Israel’s massive new book Radical Enlightenment (Oxford, 2001), his place in intellectual history is due for a full overhaul. His views on political and religious freedom in the 1670’s are echoed remarkably by the views which caused Abdolkarim Soroush so much trouble recently in Iran. In reality, Spinoza is hard to classify simply; and in any event he argued that nothing should be understood through classification – “man is a rational animal”is a piece of bureaucracy, not any kind of explanation. Instead we should look at causes or, intellectually, origins. In Spinoza’s case that gives a rich but confusing picture, itself a challenge to an historian of ideas. There were backgrounds of Jewish life and learning, of Dutch politics and religion, of Cartesian philosophy and of contemporary natural science. Some commentators have seen him as a figure of romantic solitude and originality. In fact he stood at the intersection of many histories and traditions and his individuality stems from the careful balance of what he wanted to accept and to reject from each. This makes him of remarkable interest in his own right, not as an intellectual oddity but as a thinker engaged in many different streams of argument.

If we are in a post-Cartesian era then this could be a good time for Spinoza, who understood Descartes as well as anyone ever has. There is a great boom in Spinoza studies in France, where he has been nominated as a figure for special attention in universities over the past two years. The North American Spinoza Society is now flourishing, in its tenth year. In Britain, though … give him a try.

Richard Mason is a Fellow of Wolfson College and Tutor in Philosophy at Madingley Hall, Cambridge. He is the author of many papers on Spinoza, of The God of Spinoza (Cambridge, 1997) and of Before Logic (SUNY, 2000).