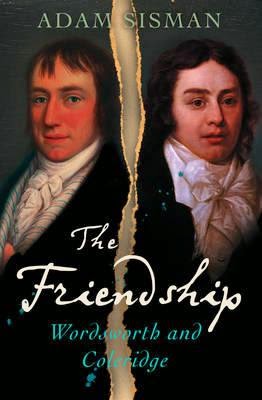 In 1803, the Unitarian Coleridge mused, "If Spinoza had left the doctrine of Miracles untouched ... his Ethics would never, could never, have brought on him the charge of Atheism." By 1809 the extent to which Spinoza was to be excluded from religious considerations was considerably clarified. In The Friend, Coleridge observes, "This is indeed the dread punishment attached by nature to habitual vice, that its impulses wax as its motives wane. . . . What then is or can be the preventive, the remedy, the counteraction, but the habituation of the intellect to clear, distinct, and adequate conceptions concerning all things . . . ." If Coleridge had ended his comment here, no disagreement with the Ethics would have been apparent. On the contrary, the sentiment thus given would be Spinozan. As he continues his sentence, however, Coleridge significantly limits the value of clear conceptions to "all things that are the possible object of conception" and reserves the rightful place of "deep feelings . . . for objects, which their very sublimity renders indefinite, no less than their indefiniteness renders them sublime: namely, to the Ideas of Being, Form, Life, the Reason, the Law of Conscience, Freedom, Immortality, God!" Coleridge here parts company with Spinoza at the same place that Schleiermacher does, moving onward in the direction of religion on the path of "deep feelings." Like Schleiermacher, Coleridge also moves beyond Kant, recognizing that these feelings concur with and legitimize the indefinite ideas of the Reason.

If, in 1809, the Ethics is still heralded as a work not contrary to religion, three years later Spinozism is renounced as a "false" philosophy—because, no doubt, insofar as it is a complete system, it excludes the possibility of God as Person and Creator. Henry Crabb Robinson, who, in 1800, had followed Coleridge to Germany and had met Goethe, Schiller, and Herder, and had studied under Fichte and Schelling, made the following record in his diary for 8 November 1812, the day that Coleridge borrowed his copy of Spinoza:

In the course of a few minutes while standing in the room, Coleridge kissed Spinoza's face at the title page, said his book was his gospel, &, in less than a minute, added that his philosophy was after all false. Spinoza's system has been demonstrated to be false, but only by that philosophy of all other philosophies. Did philosophy commence in an It is instead of an I am, Spinoza would be altogether true. And without allowing a breathing space he parenthetically asserted:—"I however believe in the doctrines of Christianity, even of the Trinity."

This inconsistency in Coleridge's attitude toward Spinoza becomes glaringly obvious when, in 1815, he declares, "At no time could I believe, that in itself and essentially [the Ethics] is incompatible with religion, natural, or revealed: and now I am most thoroughly persuaded of the contrary." Not incompatible with natural or revealed religion! Surely, this is the sentiment of the psilanthropist, not of the Augustinian who believes that the very process of human reasoning is itself a revelation of the Trinity. Neither is it his final word, for ultimately he would emerge on the side of Jacobi and declare, "Pantheism is equivalent to Atheism, and ... there is no other Atheism actually existing, or speculatively conceivable, but Pantheism." Even if Coleridge had adopted the position of Herder, noting what I believe to be a legitimate distinction between pantheism and Spinozism, the unequivocal equation of pantheism and atheism, without any parenthetical hesitations or exceptions, would appear to many critics, as it has to McFarland, as a definitive rejection of Spinoza.

Inconsistency in an author may lead his interpreters into uncertainties, but Coleridge's inconsistencies led Alfred Benn to passionate contempt. With the above passage from Robinson's diary before him, Benn remarks on Coleridge's protestation of orthodoxy, "He who comes across such declarations from lips which have kissed the lips of Spinoza, must be always asking himself how much they signify." A few pages later, Benn reminds his readers, "We must bear in mind the sort of writer with whom we have to deal, a master of the most impalpable distinctions and the subtlest equivocations, a slothful, pusillanimous dreamer, in whom sincerity, if it ever existed, had been destroyed by the use of laudanum." These comments, besides being hateful and generally unworthy of their author, have now gone the way of all bad criticism, and they are here resurrected not solely as a historical curiosity, but because they provide a poignant contrast to the more sympathetic and critically sensible perspective of McFarland:

This inability either really to accept or wholeheartedly to reject pantheism is the central truth of Coleridge's philosophical activity.... As with the dilemma of Hamlet, who not indecisive in himself is confronted with alternatives that in themselves admit of no right solution, so with the dilemma of Coleridge: he could not resolve the ambivalences of the Pantheismusstreit without diminishing one whole side of his awareness and vital commitment. And so he bore the pain of conflicting interests rather than choose the anodyne of a solution that did violence to the claims of either side in the conflict.

This interpretation of Coleridge's inconsistency actually receives support from an eyewitness, for Robinson, in his entry of 8 November, goes on to note that his brother Anthony "afterwards observed C. has a comprehensive faith & love—but contrary to my expectation, he was pleased with these strange bursts in C. rather than offended with them—at least they seemed to impress him with a better opinion of his sincerity."

Indecision and insincerity are enemies by nature, although they do sometimes don the same uniform. Is not this why we are advised, "Judge not by appearance, but judge with righteous judgment"? Whereas Tartuffe does not cease to practice his piety before men, St. Peter publicly denies his Lord three times in a single night. St. Peter's indecision was the result of momentary moral weakness, but Coleridge's was intellectual, betraying nothing more than a respectable hesitation to decide with finality whether Spinozism is antagonistic to Christianity.