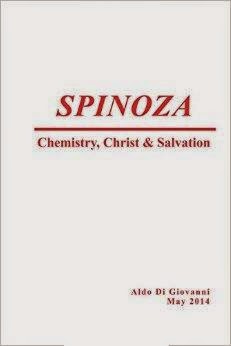 Within the corpus of Spinoza’s work there are many references to a significant and important place for Christ in the work of Spinoza, which in turn points to a significant and important place for Christ in Spinoza’s life. Many of those references are utilized in this book to make a case that from a spiritual point view, Spinoza’s life and works lose their mystery and make clear sense. To date, his work in regards to Christian thought remains exceptionally relevant. Yet he has not been acknowledged as a preeminent Christian thinker. Why? Over many years, the responses to Spinoza’s work have been varied, but two counterproductive and disconcerting trends are noteworthy. Some people, with little sense of the reality of God have tried in one way or another, to explain away Spinoza’s spirituality and work, in particular his Christian spirituality and work. Others, mostly from established churches, have largely viewed Spinoza from a materialist view and with materialistic proclivities. From their established church frameworks, the latter have found Spinoza an anathema. Their vitriol is born of their materialism and both a meagre and superficial grasp of what Spinoza calls “Christ after the spirit”. For their part, a number of the former, seem to find Spinoza’s confessions of spiritual things, especially Christian spiritual existence, an embarrassment to their ‘learned pride’. Spinoza knew God and the idea of God to be real. For Spinoza God is not part of a discussion or thesis. For Spinoza, God and Christ are real and to not ‘get that’ is to entirely miss the mark in regards to Spinoza and his work. God and the spirit of Christ are the keystones or catalysts of Spinoza’s work. Denying their reality for Spinoza, or trying to explain them away from Spinoza’s thought, keeps Spinoza’s work from coming together or from sitting right. Spinoza understood the relation of people to God both as animal creatures set in duration or time and place, and as spiritual creatures set “under the form of eternity”. The application of Spinoza’s scientific method allows for the demonstration by reason and experiment of personal formation of the particular spiritual person and civic transformation of society along spiritual lines, which is different from the formation of the animal (carnal or after the flesh) person. Spinoza is a major influence in western philosophy and theology. Spinoza had a significant and lasting influence on the Enlightenment. But, it may be his larger contribution is yet to come and it will be in the area of Christian Theology and Christology. This booklet, ‘SPINOZA Chemistry, Christ & Salvation’ is a modest and admittedly limited study of Spinoza’s theo-philosophical work, with some consideration of Spinoza’s scientific experimental and scientific reasoning approach to religion and piety or spiritual life. [Gezien bij Amazon]