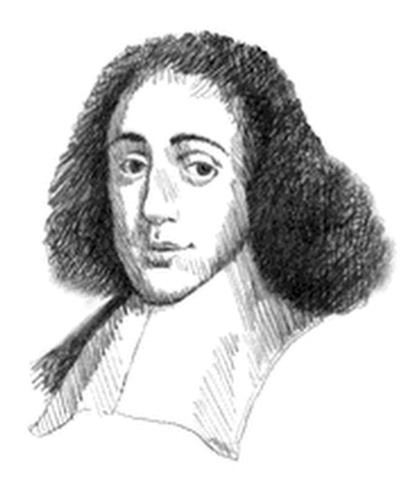 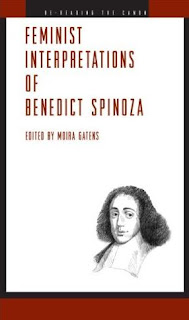 Spinoza dissolves a number of dichotomies that have dominated Western philosophy: he does not oppose mind to body, reason to emotion, or freedom to necessity. Rather, his fundamental contrast is between passivity and activity, and it is our position on the passivity-activity spectrum that will determine the shape of our ethical lives. Far from freedom being opposed to necessity, it is the very condition of our liberty: "freedom does not remove the necessity of action, but imposes it" (TP, II, 42). The more we understand necessity, the more active we become, and the more active we become the more we express our freedom, or power, or essence. Our power, our freedom, our virtue and our conatus all begin to converge, and by Part V of the Ethics, these terms are all but indistinguishable. The notoriously opaque thesis of "the eternity of the mind," along with that of the "blessedness" arising from the contemplation of God by the third kind of knowledge (intuition), have generated a good deal of discussion and debate in Spinoza scholarship. However, what is clear is that Spinoza's philosophy culminates in an affirmation and celebration of this life and seeks to promote human empowerment, joy, and harmony through understanding and friendship. However, it would be a mistake to characterize his ethical theory as utopian or naive. Spinoza had no delusions about the difficulty of becoming a reasonable and active individual or of forming a sound democratic polity. The Ethics closes with the observation that "what is found so rarely must be hard" and "all things excellent are as difficult as they are rare" (E, V, Prop 42, Schol). Spinoza's experience of the deep irrationality of the sad and destructive passions of his fellow citizens supplied ample materials to demonstrate just how difficult is the establishment, and maintenance, of a good polity. The political context in Holland in the mid- to late seventeenth century provided grounds for both hope and fear, optimism and pessimism, for those who promoted human "enlightenment." One event, in 1672, shook the equanimity of even the normally serene Spinoza. The already conflicted relations between the conservative Orangist and the Republican political parties had been intensified by the war with France. The Republican brothers Johan and Cornelius de Witt, falsely accused of crimes against the state, were murdered by an unruly mob and their bodies torn to pieces. Spinoza, a supporter of the defeated Republican regime, on hearing of their murders, had to be restrained from placing a sign at the scene of the carnage that read. "Ultimi barbarorum." Had he not been restrained, his intended act could well have led him to suffer a similar fate. Little wonder, then, that he writes in the Ethics: "The mob is terrifying, if unafraid" (E, IV, Prop 54, Schol).