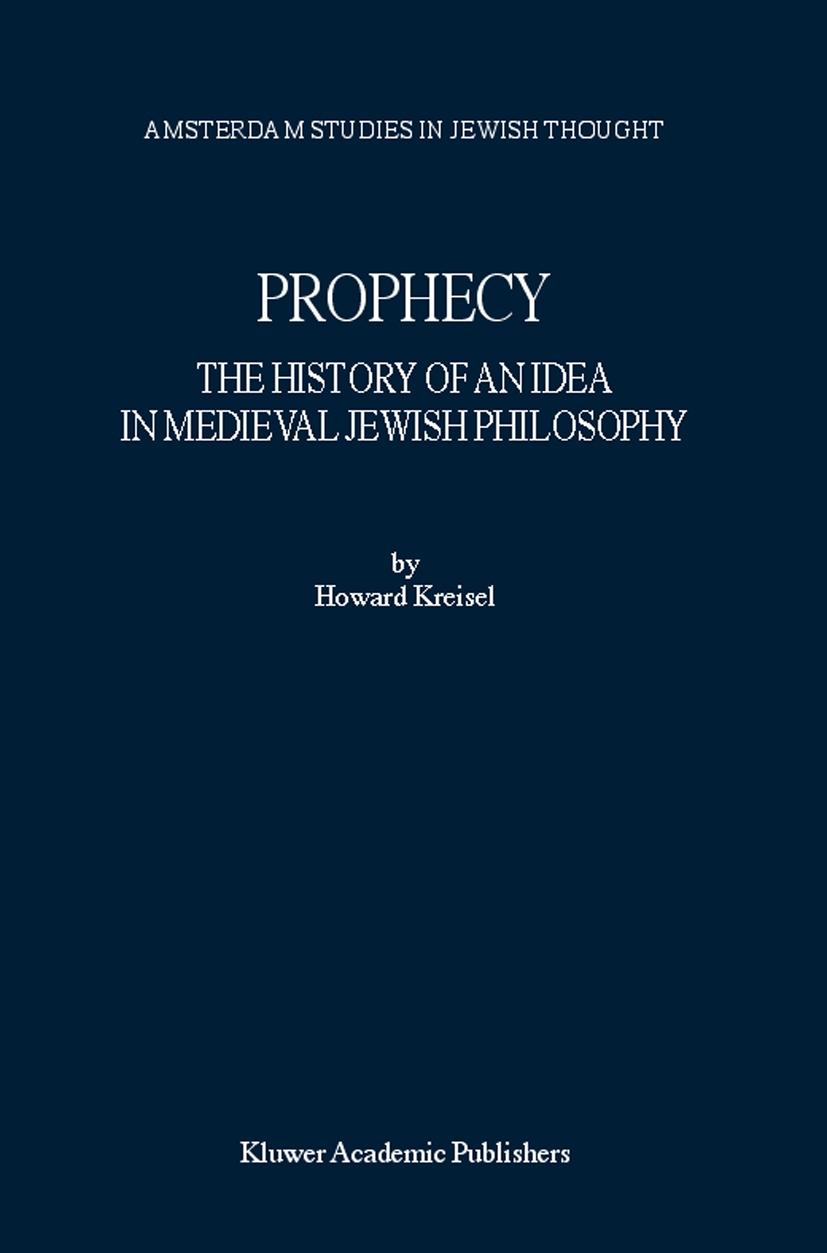 This book offers an in-depth study of prophecy in the thought of seven of the leading medieval Jewish philosophers:

In de Introduction schrijft hij: “He [Spinoza] continued in the path of Descartes, who already laid the foundation for a new approach to philosophy. In a crucial sense the "modern period” of philosophy had already begun when Spinoza began writing.

Nevertheless, I decided to end with Spinoza because in a number of crucial ways he in fact represents the culmination of medieval Jewish philosophy and the ushering in of a new era in Jewish thought. Much of what he says, particularly in regard to prophecy, can only be properly appreciated when viewed in Iight of his medieval Jewish philosophic sources. In short, Spinoza may have broken with Judaism, but he could not break with his Jewish past, and certainly not with the Jewish classics he learned in his youth. These continued to influence his thinking in more ways than he may have been consciously aware. His approach reflects one of the extreme directions in which some medieval Jewish philosophic ideas could be developed. The influence that Spinoza exerted and continues to exert and [sic] modern Jewish thinkers is even more evident, and it certainly is highly pronounced. Philosophic attempts to grapple seriously with the nature of Judaism had to take under consideration his views on this subject. For many Jews throughout the modern period he served as the model of a Jew who developed philosophic ideas to their "logical" conclusion and in the process abandoned the Jewish heritage. His approach either provided the foundation for new approaches to Judaism or posed a challenge to Jewish thinkers who remained committed to traditional Judaism.” [p. 20-21]

“Spinoza addresses the Tractatus Theologico-Politicus to a non-Jewish audience for the purpose of molding their opinion, and not to Jews trying to understand Judaism. His discussion of prophecy essentially is designed to undermine its authority. More specifically, his goal is to undermine the authority of the texts that are acknowledged to be the product of prophecy and by so doing promote free thought as a cardinal value. His treatise in the final analysis is a political one with all of its strands coming together in support of this end. Keep the Church and the Bible out of politics is its message. Governments should not actively try to "promote" perfection, which they tend to confuse with "religious" belief and practice. Instead, let them cease interfering with its pursuit by recognizing the right to free speech. Given the sensitivity of the subject matter, Spinoza must at times exercise at least some caution in how he presents his views. He must partially protect himself by generating some confusion on how radical they are, at the same time that he desires to convince his readers to accept his line of thought. In a treatise of this nature rhetoric has an important place alongside careful philosophic argumentation.” [p. 614-15]