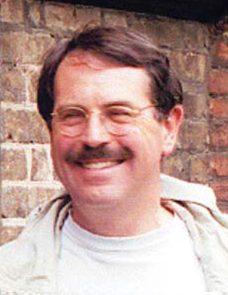 Richard Vernon Mason (Fellow, 1994), who died in June 2006 after a long illness, was a philosopher who made significant contributions on Spinoza, the history of philosophy and philosophical logic. He was also a gifted teacher, a skilled administrator and a tactful and effective Senior Treasurer of the Amalgamated Club. As Assistant Secretary of the Board (now Institute) of Continuing Education at Madingley Hall, he set up the IBM Summer Programme and ran it for 18 years. He also ran the Centre’s International Summer School for ten years. But his main love was teaching philosophy.

Richard came to academic life rather late, and via a circuitous route. He was born in Wales in 1948, the only child of elderly parents. (His mother was 43 when he was born.) His father died when he was two. He was educated in Wales and came up to Trinity College in 1968, graduating in 1971. Although he did well academically, he was not happy at Trinity and went to Bristol to do a PhD in philosophy, which he obtained in 1974. (He later acquired a second doctorate – this time from Cambridge – in 2002!)

After Bristol, Richard joined the Civil Service and was placed in the fast stream of Administrative Trainees destined for rapid promotion. He worked initially on devolution for Wales and on constitutional policy generally. By 1978 he was Private Secretary to successive Secretaries of State for Wales and in 1981 was given oversight of the Welsh Development Agency – a major responsibility.

In the normal course of events, a civil servant on this track would have wound up as a Permanent Secretary in charge of a major government department. But Richard’s real passion lay elsewhere. In 1976 he signed up as a (part-time) Course Tutor in Philosophy for the Open University and continued in that role for over a decade, in the process introducing hundreds of adult learners to philosophical ideas. The Open University also transformed his own life because it was at one of that university’s Summer Schools that he met Marjie Tolstoy, the woman who was the love of his life and – later – his wife. “This meeting”, Marjie’s daughter, Maya, recalls, “only happened by chance. My mother wanted to take the first week of a three-week summer school with the Open University. She assumed the first week was Week 1, so she signed up for it. As it turned out, Week 0 was the first week, but she signed up for Week 1 not knowing this, and that was the only week in which Richard was teaching. So it is fortunate that on this occasion my mother showed a scientific mind in interpreting 1 as the smallest number rather than the interpretation of a philosophical mind where zero is the smallest number!”

Richard’s first paper in a philosophical journal was accepted for publication when he was still a civil servant. It was perhaps this which led him to think of giving academia a second chance and brought him back to Cambridge in the mid-1980s. His administrative skills and experience led to appointment as Assistant Secretary and Director of International Programmes at the Board of Continuing Education.

There he was instrumental in setting up and directing the IBM Course – in which senior company staff came to Cambridge for a period of six weeks to study an intensive – but highly generalist – course designed by Richard. But even as he orchestrated this major undertaking year after year, it was clear that he regarded the ‘real’ business as what went on in his students’ minds.

In the end, his passion for teaching was recognised by a change of role and he became Staff Tutor at the Institute of Continuing Education (Madingley Hall). Shortly afterwards, he was elected a Fellow of Wolfson, an honour that gave him great pleasure and, in a sense, brought him back full circle. He was asked to serve as the Senior Treasurer of the Amalgamated Club and gleefully accepted – on condition that he did not have to deal with the June ‘event’ because that coincided with the busiest period of his teaching year.

I knew Richard first as a close neighbour and later as a friend and colleague. He was one of those formidably efficient (not to say exasperating) people whose desks are always clear, whose correspondence is always answered promptly and whose deadlines are always met. He was self-effacing, civilised and erudite to a fault. I lost count of the number of times I would see a review of an interesting book and rush round to him to tell him about it – only to discover that he had already finished the volume in question, and was invariably pressing it upon me as a gift. He was also an excellent cook and a generous host.

Richard was the most modest of men. He never bragged about his formidable list of publications. Indeed, it’s impossible to imagine him bragging about anything. When he was diagnosed with the illness that eventually killed him, he demanded that nobody should be told, and carried on as normally as possible. This was difficult for those of us who guessed the truth, but such was his quiet integrity that his desire for privacy was respected. He continued to teach for as long as possible, and was as generous with his time when it was running out as he had been when he had known nothing of his mortality.

He was not the kind of man to think of leaving a ‘legacy’, but in fact he has left two. The first is a series of scholarly articles and books – The God of Spinoza: a philosophical study (1999), Before Logic (2000), Oppenheimer’s Choice: reflections on moral philosophy (2006), Spinoza: logic,knowledge and religion (2007) and the collection of essays, Cambridge Minds (1994), which he edited with great distinction. The second is the grateful memories of the hundreds of students for whom he opened the door to philosophical ideas.

“We all greatly valued the lively, interesting and modest way in which he shared his deep learning with us”, wrote one of them after his death. “We shall remember him as an exceptionally inspiring teacher whose sharing of knowledge and insight enriched our minds”.

For someone who valued teaching as highly as Richard did, this is as good as it gets.